Initial Coin Offerings, or ICOs, are one of the hottest topics in the blockchain and cryptocurrency space. This relatively new (though quickly being usurped by other similar fundraising mechanisms) space has led to an explosion of startups in recent years.

ICOs are well-known and useful – but ICO marketing has also proven to be a bit of a double-edged sword for teams raising funds for their project. How does one stand out from others when there is such a high volume of ICOs? What is the best possible way to market your ICO to an audience?

Here we cover the basics of ICO marketing, including some of the key steps of the process. First, we’ll cover what an ICO is, before talking about how it differs from traditional marketing, how to market your ICO and the impact it can have on your business.

What is an ICO?

An Initial Coin Offering (ICO) is nothing more than a crowdfunding technique. It rose to popularity in 2017 and 2018 and has since then remained an important part of the blockchain ecosystem. 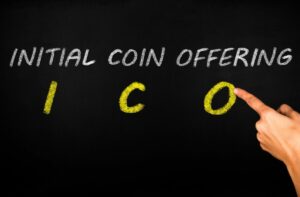 ICOs allow a project’s team to raise funds for their development, expansion, and marketing agenda from the public in exchange for the network’s native token. On a high level, this is similar to owning shares in a company. Investors expect that, for some stake in the network, the native token will rise in value.

But there are several initial steps that must be taken before the ICO takes place, which help in making a convincing case for participating in your ICO. This is what we’ll focus on today.

There are, of course, other means of raising funds, such as IDOs and IEOs  – but they largely differ in technicalities. When it comes to the marketing itself, the process remains the same, so you can take what you learn here and apply it to those fundraising methods, should you be using them.

Think of an ICO as a new-age way of marketing. It relies heavily on social media, viral buzz, and an entirely digital-first approach to engaging with consumers. As such, the battleground that it operates on requires a very tech-savvy approach.

Contrast this with traditional marketing, which for a long time, has not been as focused on such things as Search Engine Optimization (SEO). The channels used for the two forms of marketing differ, but that’s not to say there isn’t some overlap.

One other considerable difference worth noting is that an ICO marketing campaign tends to be more of a two-way channel than traditional marketing. Whereas the latter might launch an advertisement to a target audience to spread its message, the former actively engages with would-be users to ensure they remain attracted to what is on offer.

Why market your ICO?

But you may ask, why bother marketing your ICO at all?

Because without a strong marketing plan that engages with potential users, your ICO would be lost among the hundreds of ICOs that launch every month. It is very easy to have your voice drowned out in the cryptocurrency market, which is like the stock market on steroids. 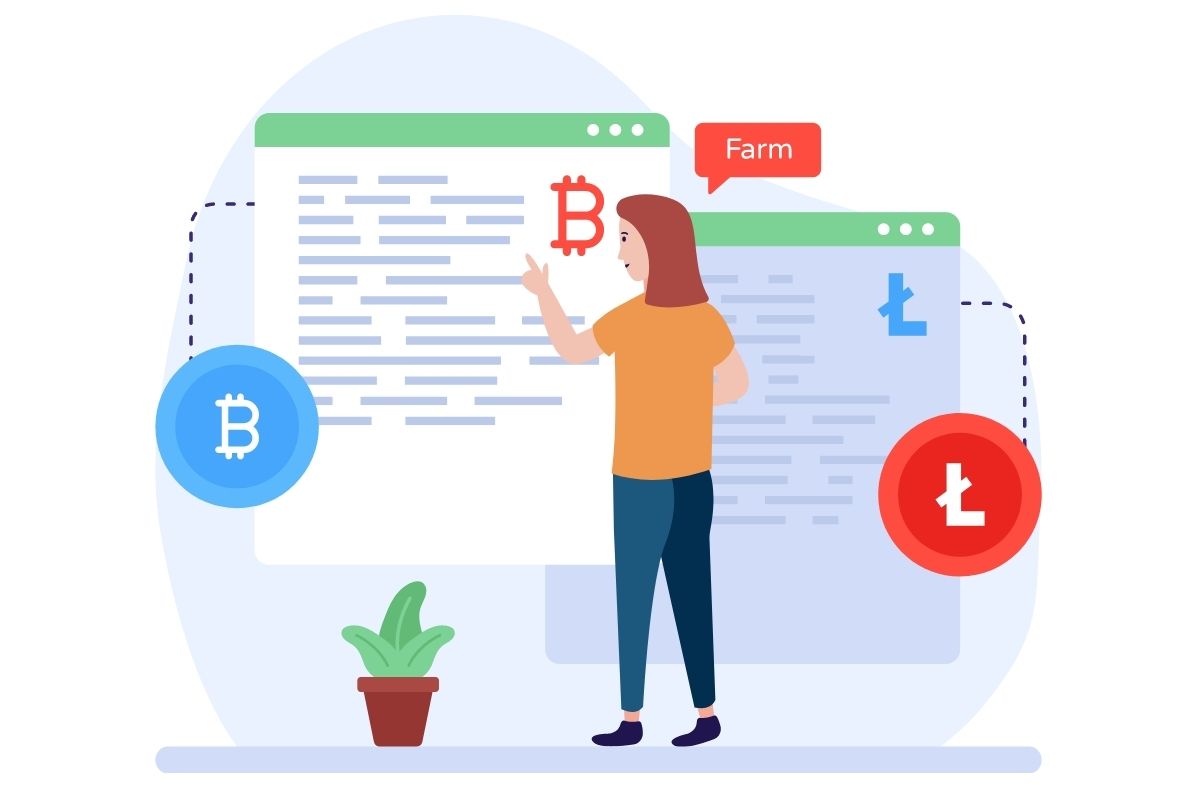 There’s also the question of why market your ICO well? Not just because you want as large of an audience as possible, but also because your reputation is at stake. The cryptocommunity will pay very close attention to what you do and how you present yourself and hold you to your word.

Having said all of that, let’s take a look at how to market your ICO.

How to market your ICO

1. Who are you targeting?

If there’s one thing traditional marketing and ICOs share in common, it’s the fact that they both require you to know your audience. For example, you’d be running a weak marketing campaign if you were to target older audiences with your ICO, who have been known to be more distrustful of the asset class.

Your target should be the tech-savvy, digital-first millennial and gen Z group, who make up the bulk of the cryptocurrency market’s age group. This is rather obvious, but it’s still worth mentioning. 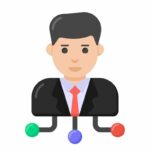 Another factor to take into consideration is geographic location. Cryptocurrencies are outright banned in some places and barely usable in others. However, they are especially popular in some countries, so focus your ICO marketing strategy on users from those regions.

This is the most important step of all, without which you may as well put your plans aside. Your website and documentation, such as the whitepaper or other technical expositions on your product, will serve as the starting point for understanding your project. All your marketing words and deeds will be for naught if you do not have the substance to back it up with an explanation of how your platform works. 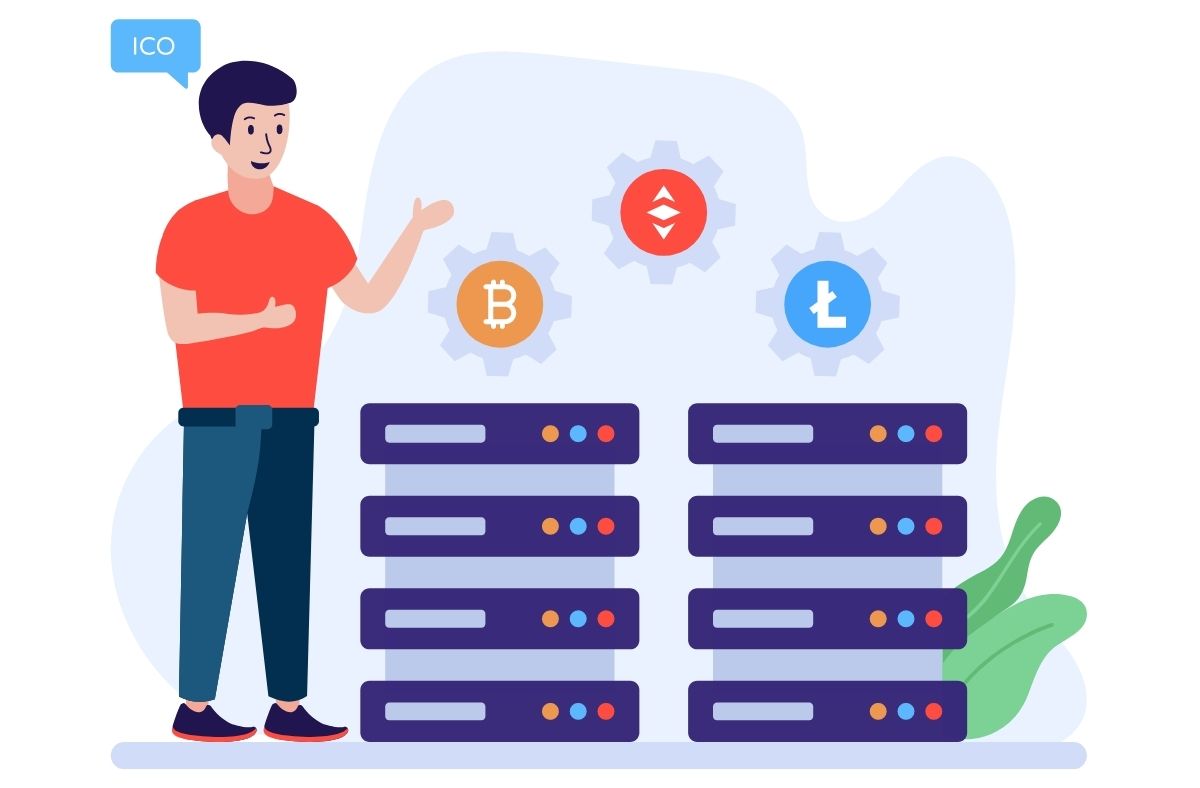 And the cryptocurrency community is a street-smart bunch who have endured scams, thefts and so much else before, so they can – and will – call you out for fallacies. Your website should be professional and designed with purpose, as many projects of ill-repute take to lazily-made websites simply to get users to hand over their funds. Do not make that mistake. Consider yourself a business and function that way.

Your whitepaper will also be the basis for all discussion. Noone will discuss your project based on the cool name you pick, but every bit of scrutiny will certainly focus on what your whitepaper says.

To be clear: your product, as described in the whitepaper, is the single most important element of the business development and marketing process. If you have no product, then you have no chance of staying in the market for long.

3. Develop a community alongside a roadmap

The good thing about having a strong whitepaper and informative website is that it will help in attracting a community. As you prepare the technical roadmap, with actionable tasks for your team and as a reference point for the public, you should devote some attention to building a community with social media marketing. 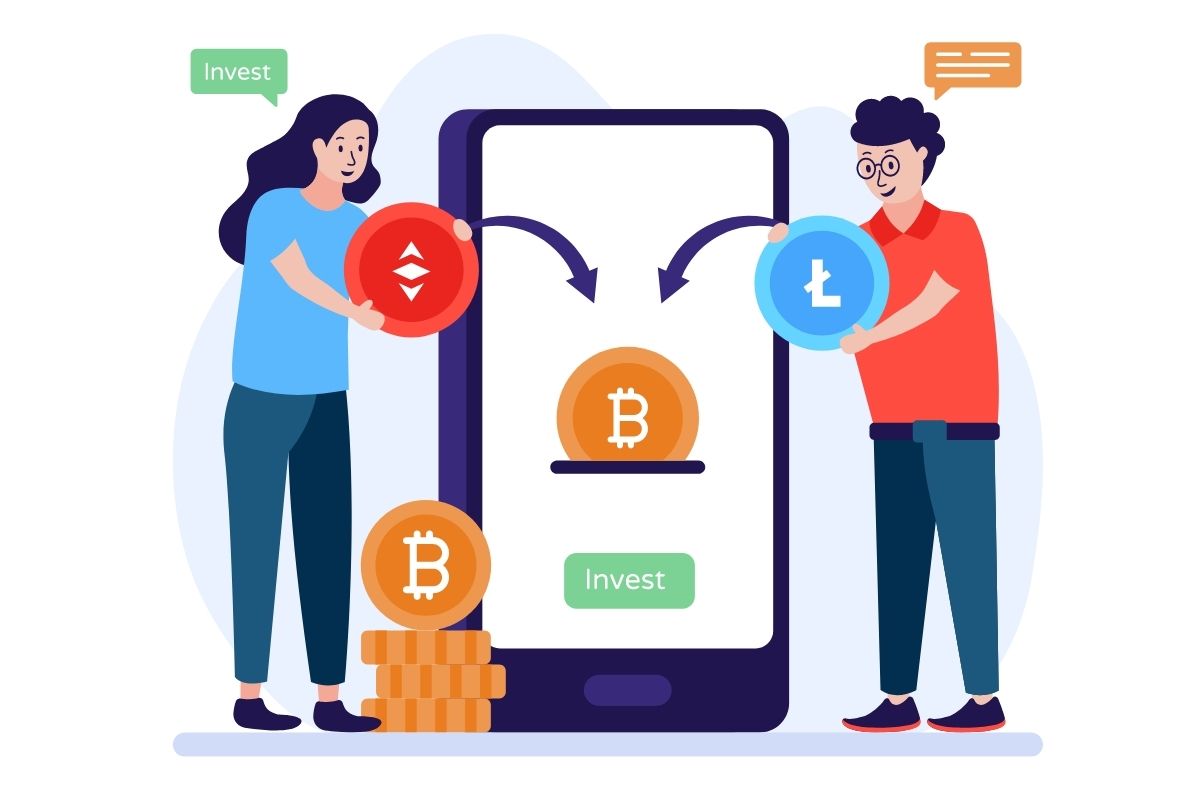 Many crypto projects already have a strong community before a product launch. This is not unusual, as many projects have proven that they can deliver on their promises. In the steps that follow, you’ll learn some ways to reach out to would-be investors – whom you can herd together on a Telegram group for announcements, updates, and general discussion.

Your community will then do a part of the marketing job for you. If a product is good and there is potential in an idea, the cryptocurrency community tends to find it, like ants to sugar.

4. Make your team visible and approachable

While bitcoin itself was built anonymously, as have other successful projects, most teams don’t have that luxury. Investors expect teams to be held accountable; after all, they are offering capital.

Providing visibility and access to your team goes a long way in building trust and reputation. Would-be investors will see that you are confident enough to make yourselves known, and there will also be a building of rapport between the team and investors. 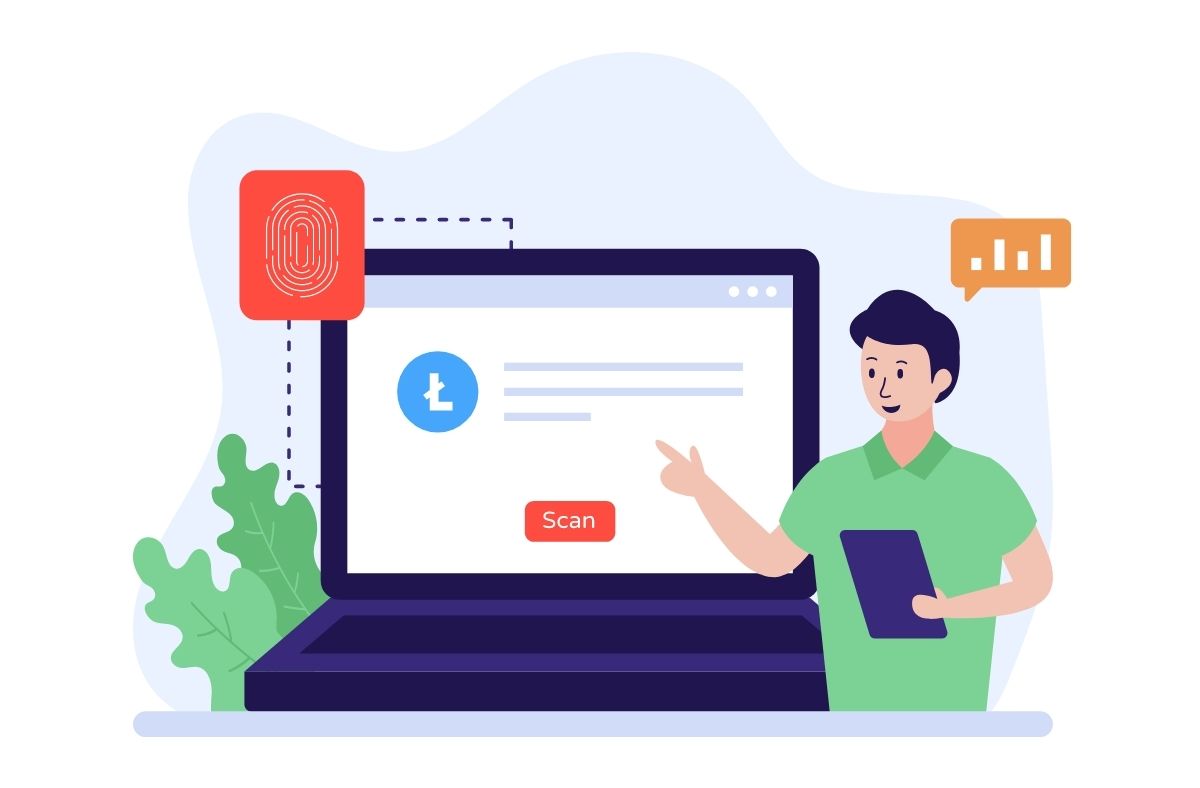 The direct engagement between teams and investors is something that truly distinguishes the crypto market, so go out of the way by doing team interviews, frequent AMAs, and more informal discussions to convince the community that you are passionate about what you’re doing.

Social media channels are all-important when it comes to retaining and finding new investors. Mainstream ad platforms – Discord, Reddit, Twitter, Telegram, YouTube – all of these and more matter. Sometimes you might find yourself simply posting light daily updates, or even memes, at other times you can create a buzz by announcing imminent releases.

The viral nature of social media helps immensely in growing your audience. And who knows, it may even attract the attention of a prominent name in the crypto space one day, which can have a tremendously positive effect on your marketing growth. 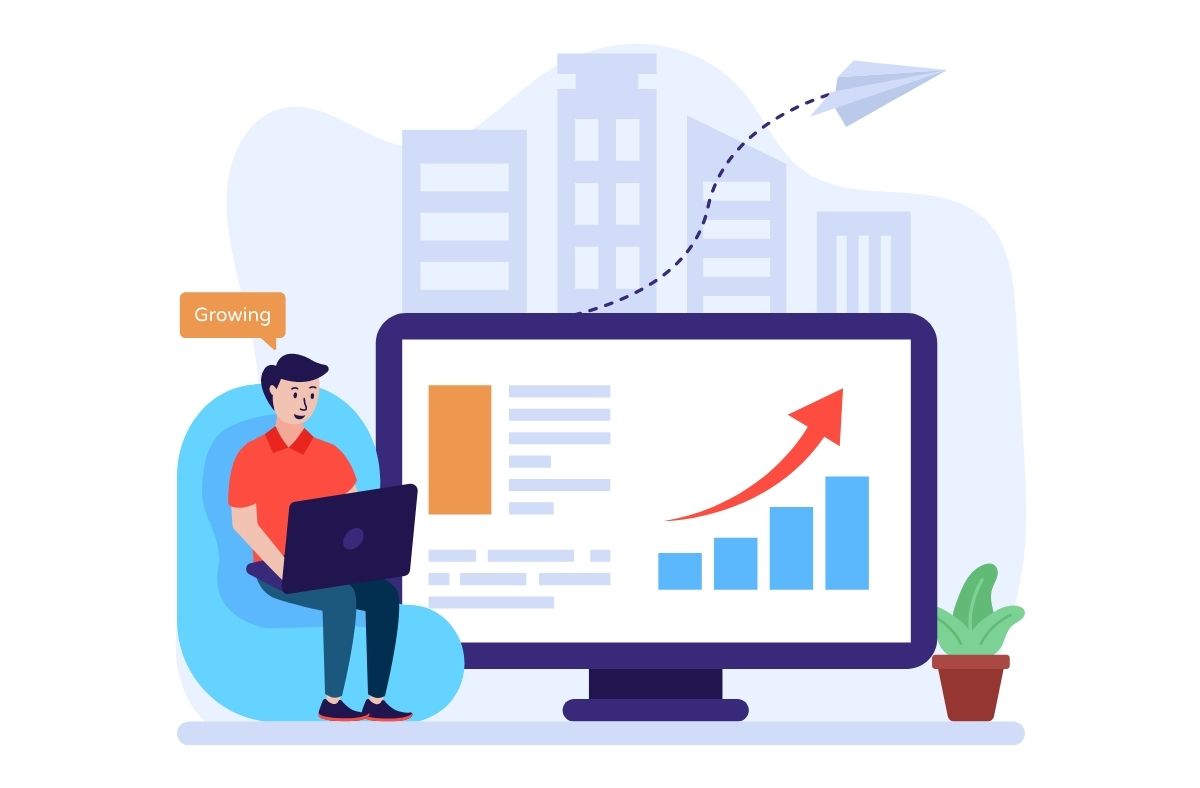 Social media channels are also where you will spread the news on airdrops – which are still relevant and can be used to draw in new investors for your ico launch.

If your project begins to take fruition with tangible demonstrations of its features, you can certainly count on those airdropped individuals spreading the word about your success. People like receiving free tokens – even better when those free tokens become worth something.

6. Prepare PR campaigns in the leadup to launch

True, the road to a successful ico launch will be long and riddled with stumbling blocks. But between your founding and the launch of a mainnet or even testnet, there’s a lot you can do to hold attention in the crypto community.

A robust marketing strategy including press releases, AMAs, frequent releases of both technical and ELI5 content, a strong social media presence – all of these will build the buzz for your project as it heads towards a full launch. 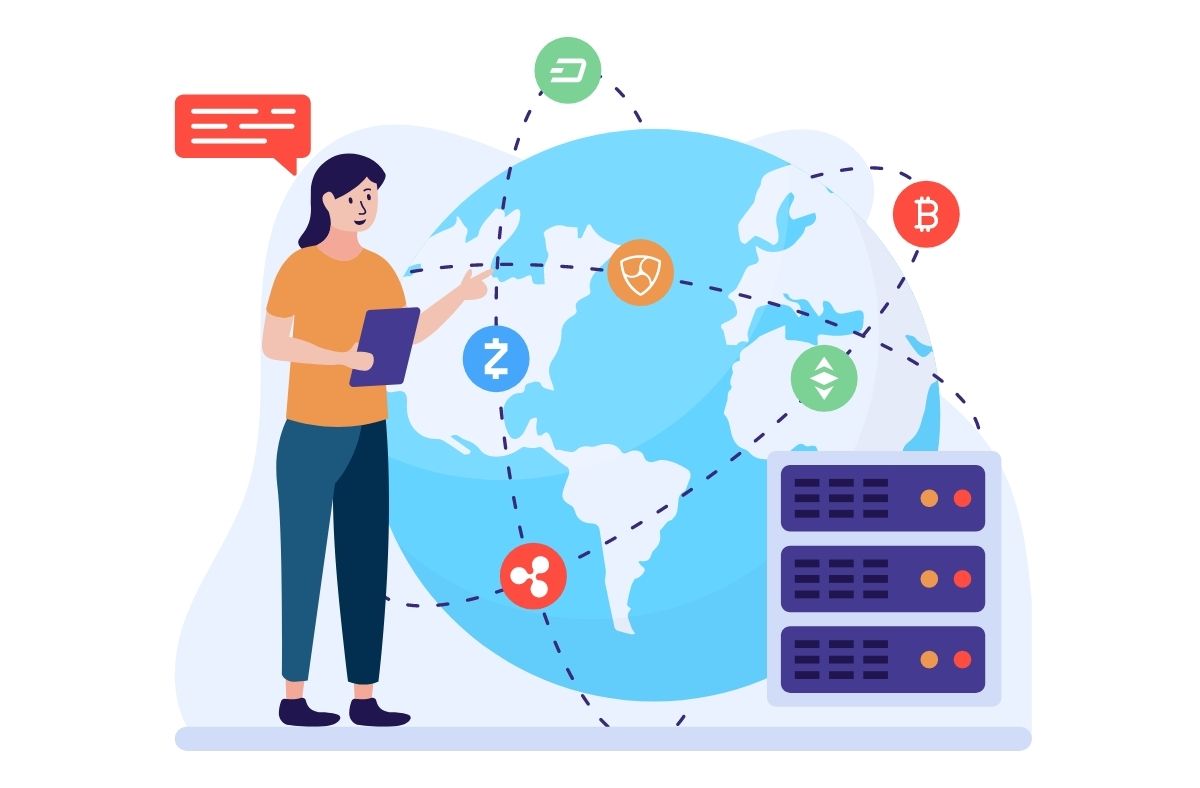 You could get into with a media outlet for a press release, you could also release explainer videos on YouTube, or perhaps you could have your team explain why the solutions you offer are necessary.

There are a number of ways you can begin to launch your marketing efforts, but the point is that you absolutely should get started today! It would be a wasted opportunity if you were to not build hype as you entered the final stretch of initial development.

7. Tapping into the power of influencer marketing

For example, there may be a YouTuber who analyzes the DeFi market, whom thousands of individuals rely on for the latest on the ever-changing DeFi market. 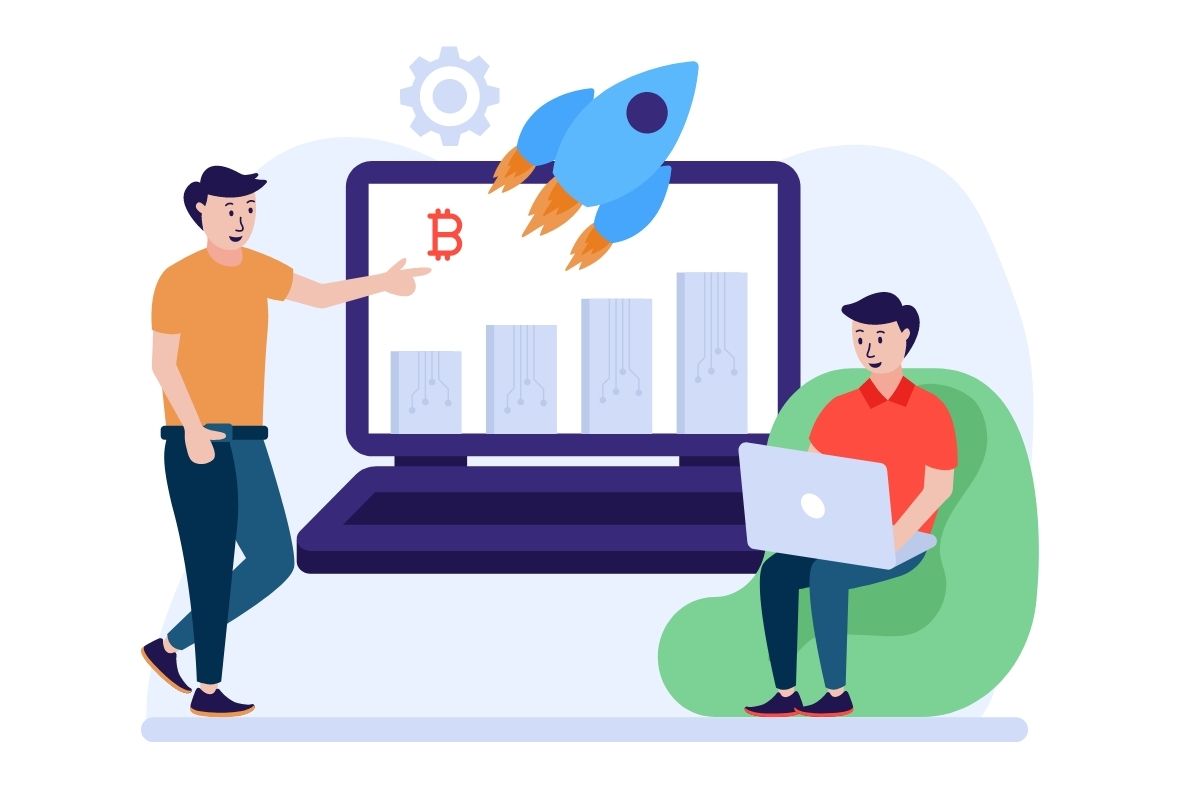 Of course, influencers aren’t a miracle pill that will result in thousands of new investors. You have to choose carefully here, as your reputation is on the line and you don’t want to go for just another shill.

There are several that will review your project and offer an honest opinion – so remember that your actual product is the priority in all successful marketing campaigns.

ICO marketing strategy can have an enormous impact on future growth

One area you must focus on is the legality of your ico project. Lately, many governments have begun scrutinizing projects and their Initial Coin Offering fundraising for potential securities violations.

This is especially true in the United States – high-profile projects have been embroiled in legal battles with the United States Securities and Exchange Commission (SEC). Do due diligence and do not fall into a potential pitfall of a securities violation. Legal counsel is a necessity for fundraising in this day and age.

But if you have the technical and legal prerequisites in place, you stand more than a fighting chance to be seen in the market. If you feel that the ICO marketing efforts may be too much for you to manage on your own, consider scheduling a call with Soar for their blockchain marketing services.

Michal is a passionate marketer (in other words a workaholic) who has previous experience from different aspects of growth marketing within international startups.

Quora vs Reddit – Differences, pros and cons of both platforms