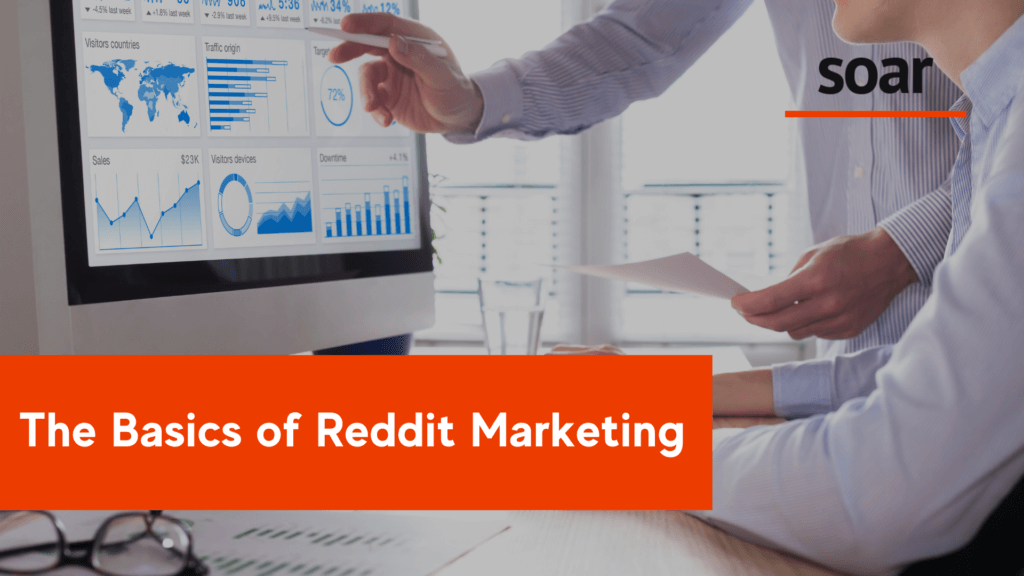 When you think of an online marketing strategy, you’re likely to imagine social media as the primary medium for advertising. Sites like Instagram, Tik Tok, Twitter, and Facebook, but more often than not, businesses tend to overlook one of the biggest social media platforms—Reddit. Understandably, the landscape of Reddit isn’t as cut and dry as other social networks. The content marketing of the platform also requires a little if not a lot of ingenuity, but the returns are well worth it. So, what makes Reddit marketing a worthwhile endeavor? Here’s what you need to know as a marketer.

With more than 430 million monthly active users, Reddit places sixth as the most popular social networking platform in the United States. More than half of all desktop traffic comes from users in the US, a clear indicator of Reddit’s popularity, particularly in North America. What these statistics show is that there is a tremendous amount of activity on the platform. If utilized well enough, brands can effectively advertise on the social media site with positive results.

Reddit is community-oriented. These communities are called subreddits. Each community has its area of interest, which the subreddit is named after, making it easy for users to gravitate towards their interest and contribute to conversations in those communities. There’s no limitation to what a community may focus on, although hate speech is deeply frowned upon, as expressed by co-founder Alexis Ohanan.

Each post a user makes can receive an upvote or a downvote, or basically, a like or dislike. Each Reddit account has ‘karma.’ These are an accumulation of upvotes a user acquires through commenting and making posts on Reddit. The objective would be to find subreddits relevant to your brand and contribute to the conversations, mentioning the benefits of your product or service.

Reddit users can be identified as individuals seeking information. What separates them from users of other platforms is that they are on the website to find and engage in conversations around their interests and discover new things that prove beneficial. Therefore, blatant advertising may not work. A more suitable approach would be to practice marketing that centers on human connection; this may mean dissociation from acting as a brand to acting like a person. Once you’re able to distinguish between what works and what doesn’t, you begin to reap the benefits. The fact is, Reddit is a marketer’s dream when done right.

How much does it cost to advertise on Reddit?

The minimum you can spend in a day is $5, and the tiers go up to $50,000 for an ad campaign. The ad spend is determined by your marketing strategy and budget as you can customize the ads by objective, target audience, subreddits, location, time of day, and even users’ devices. Trying to figure out a landscape that has different rules of operation on your own can be time-consuming. It can also be a waste of money when there’s a better alternative: hire a marketing company. Marketing companies like Soar specializes and thrives on Reddit marketing for as low as $1,045 per month!

It largely depends on your objectives. Keep in mind, factors like demographics and location play a role in determining whether to substitute the two. Reddit is widely used in the US; thus, it’s a great avenue for targeting American consumers. Aside from being popular in the US, it also serves users from around the globe with different inclinations when using the platform compared to when they’re accessing other social networking sites.

All of these are factors to consider, and it mainly depends on your end goal. That said, Reddit is a great avenue that should not be overlooked when formulating marketing strategies. Just like other forms of social media, it’s a wonderful outlet that largely remains overlooked by marketers, but those who do take advantage tend to reap the rewards.