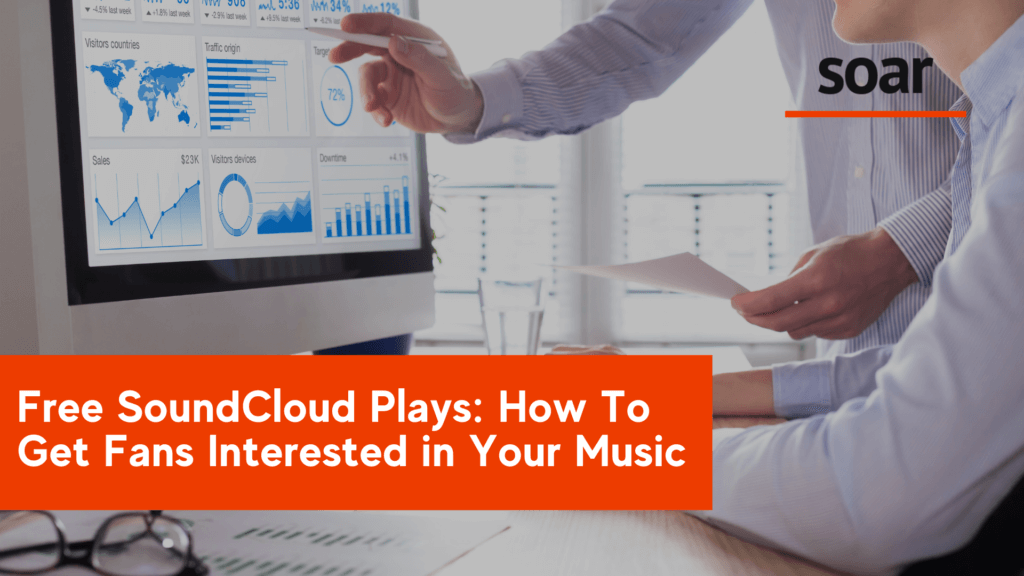 Even before TikTok was responsible for songs going viral, SoundCloud undoubtedly reigned supreme in turning relatively unknown artists into overnight sensations. One such case is Post Malone and his breakout hit “White Iverson” back in 2015. At the time, Malone only had 406 followers on Twitter and one other track on SoundCloud. He quickly gained popularity from his unique voice and cadence, and the rest, as they say, is history. He landed a record deal with Republic Records shortly after and is now a global superstar with over 42.3 million followers on all social media platforms (6.8 million followers on Twitter alone).

So, what made Post Malone and other artists like Chance The Rapper and XXXTentacion blow up on Soundcloud with little to no promotion? Let’s find out.

Is SoundCloud a good way to get noticed?

As mentioned earlier, SoundCloud is a great way to gain exposure. The platform is free to join and hosts millions of songs and music fans eager to find them. It’s a platform that primarily supports music discovery; as such, it’s highly beneficial for artists. To date, SoundCloud is the best platform for up and coming musicians to release their music. It has different tiers from free to paid accounts to suit each artist and the level they’re at in their career.

The platform functions as a social media site but for music. You’re able to follow and message artist and fan accounts, repost tracks onto your timeline, like and comment on songs as well as create playlists that are shareable and free to follow. All this makes discovering an artist easy, and songs can pick up steam quickly.

Should I pay for SoundCloud Promotion?

Whereas you’re able to post music on the platform and build a following quickly, sometimes it takes time. The truth of the matter is, every song needs promotion, whether paid or unpaid. It’s a matter of preference and what you hope to achieve, although as an artist who’s serious about their growth, paid promotions are recommended. There are a number of marketing firms that handle promotions for artists like Soar. They utilize out of the box techniques like Reddit marketing and take advantage of the more than 1.2 million subreddits available to promote your music.

Can you fake SoundCloud plays?

As with anything else related to streaming, yes. It’s possible to fake SoundCloud plays, and there are a multitude of “marketing” firms that sell plays, followers, reposts, and likes for SoundCloud. The question is, is it worth it? One thing to note is that listeners are becoming privy to how artists manipulate plays. Even rap artist French Montana got called out by a fan for allegedly inflating streaming numbers on Spotify for his song “Writing on the wall.”

Record labels have also been exposed for boosting numbers for their artists. The truth is, people do it. As a growth hacking method, it may work, but it may also leave you worse off than when you began. For an indie artist, the repercussions may be too heavy to bear, which makes the risk higher than the reward, unlike mainstream artists who are cushioned by major record labels from any blowback.

Repost by SoundCloud is an in-house marketing and distribution channel by Soundcloud, which helps artists expand their reach and monetize their content. It’s a separate mechanism that functions independently, not to be confused with the repost feature. The service comes free with a Pro Unlimited account, which is $10 a month or $120 Yearly. Artists with a free SoundCloud account can access the service at $30 yearly or $2.50 a month.

First things first, the music’s got to be good. By good, I mean it expresses who you are in a raw and authentic way. The post-production quality equally has to be good enough to play on different speakers and sound good, although music fans are always willing to overlook this if the music is good enough. Facebook, Instagram, TikTok, and Twitter are at the top of the list of social media platforms to share your music. Pitching your songs for features on music blogs is a great avenue as well.

Creating a playlist of songs you love and including yours is also a way to get people to listen to your music. Sharing the playlist with friends and people online helps them discover more artists, you included. Collecting emails and creating a mailing list for your releases and updates on your music helps you have a one to one approach when promoting your music to your fans. Encourage them to forward to a friend, and it’ll help your mailing list grow along with your fan base and your plays. Soon enough, you’ll have thousands of plays!