This short guide will introduce you to Reddit and walk you through the best way to leave an upvote on this social media site.

So let’s get started. Before we jump too deeply into adding upvotes to posts, we need to answer a simpler question… 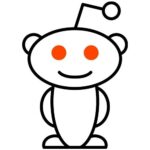 The difference between Facebook, twitter or any other social media is that Reddit is a community based network rather than focusing on individual user, it’s more like a focus group where anyone is entitled to an opinion.

This is different because anyone can leave a comment on a thread in Reddit – you don’t need to be anyone’s “friend” or “follower”.

That’s why it’s considered the de-facto “front page of the internet”.

If you really want to learn a little more into What is Reddit and how it came to be, I recommend digging into the digital trends guide to What Is Reddit along with this daily dot article.

What is an upvote on Reddit & how do you actually upvote? – Here’s what you need to know

There’s two types of upvotes you can possibly make. 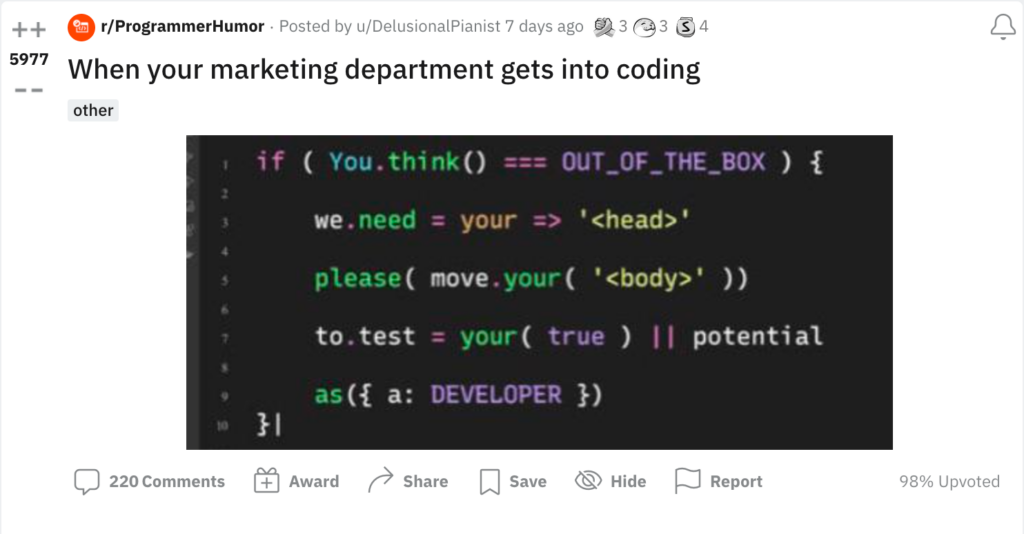 As you could see on the screenshot before, that’s how a post on Reddit looks like. If you want to upvote it, you have to click on the “arrow up” or “two pluses” section in the top left corner. See how it looks like below. 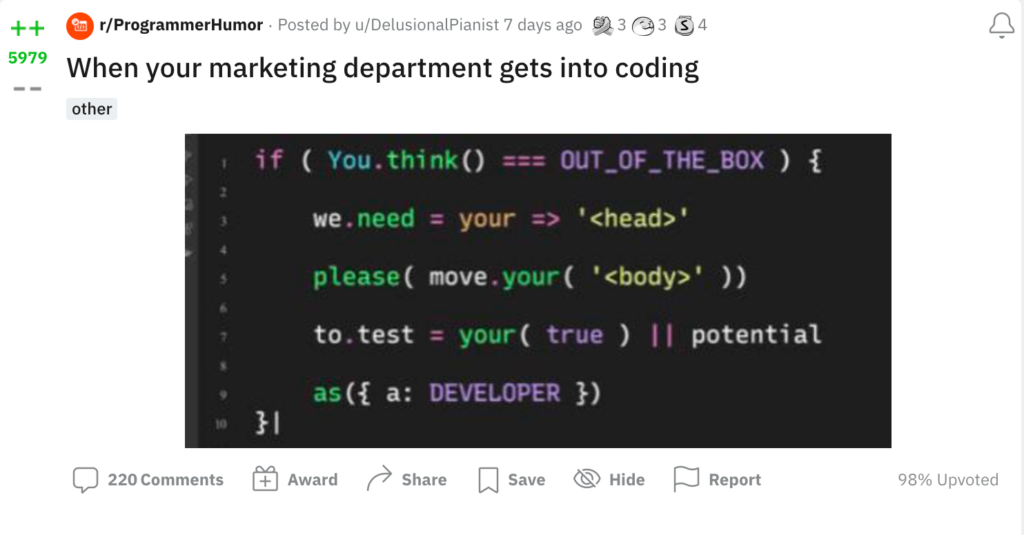 Now that wasn’t so bad was it?

Just like upvotes on posts… Comments are ranked based on the number of upvotes they get divided by the number of downvotes. The screenshot below is the first comment on the same post we mentioned before.

In order to get the comment reach the top, it should have the largest number of Reddit upvotes compared to other comments. Meaning you need to get the community agree with you to make your post upvoted.

In order to upvote one of the comments on a thread, just like you did with the thread – you should look to the left of comment and click on the “two pluses”.

You might be a bit confused why you sometimes see the “arrow up” and sometimes “two pluses”. That depends on the subreddit thread and its rules. However, the meaning is exactly the same.

If you want to know a little bit more about the math behind how upvotes work, would recommend checking out this math-heavy overview.

But wait, there’s more! If you really want to go viral on Reddit, there’s a couple of tricks you need to know.

Bonus: How to get more upvotes

Unlike any other social media platform where posts and comments are just limited to a circle of friends, possibilities on reddit are endless.

If your content is worth reading, watching, or commenting then it would surely be on top of other post on a subreddit or even the reddit itself.  That’s why they call “Reddit as the front page of the Internet”.

First is, creating an undeniable good content where people are hooked and surefire get their sympathy and specially their precious upvote.

This method is organic but Its hard as fuck to get done. As we know Reddit is composed of communities, and thus you’ll have at some point get a mixed reaction on your post.

Getting downvotes is inevitable. Plus, the fact the creating a viral post is very hard, and getting a lot of audience pleased with your content is considered as once in a blue moon.

Second option is would just to buy reddit upvotes from a well-established provider, thus giving your posts more chance to get ranked and be on the front seat of that specific subreddit.

Hint. You can mix this by buying downvotes targeting your rival posts, thus giving you more chance to get rank up on your target subreddit.

Reddit Upvotes are very important when it comes to trust and relevance. Even before reading the post or comment, the second you see it has got tons of upvotes, you are more likely to believe it. That’s just how humans think.

We are used to that from different social media platforms, such as Facebook likes and Instagram likes (hearts). Everybody wants to have as many as possible.